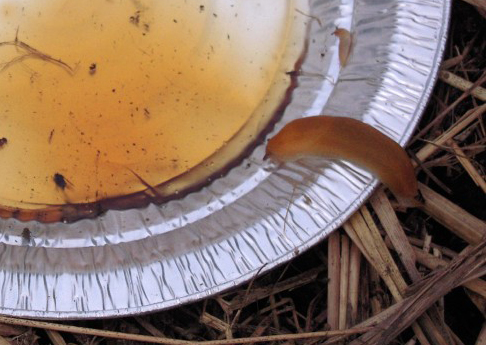 If your garden has ever been bothered by slugs, you probably already know this great tip about beer.

Take an old pie tin, splash in some beer, and set the tin near  your affected plants. The slugs crawl in and meet their doom.

What you may not know is that slugs prefer Budweiser.

At least that’s what Kathryn Olmstead found in her admittedly unscientific study, which she described in an article for the Bangor Daily News.

Olmstead edits and designs Echoes, a quarterly journal of rural culture. The journal is based in Caribou, where she has a home. She also has a home in Orono, Maine, near the University of Maine, where she taught journalism for 25 year and has served as an associate dean for the last six.

While Olmstead doesn’t live in Western New York, there is a Buffalo connection in this story. Olmstead is indirectly related to Frederick Law Olmsted, the famous architect who designed the Buffalo parks system. Four brothers came to this country in the 1600s, she explained. Frederick is descended from one brother and she is descended from another.

Anyway,  Olmstead tried beer on her slugs for the first time this season, filling pie tins from a few bottles of Corona she had leftover from a party. It worked.

But when it was time to refill the pans, the only beer Olmstead had left was some Irish stout.

“I was down to the good stuff,” she said in a phone interview, “and I didn’t want to waste that on the slugs!”

Molson was on sale, so she bought a six-pack. She chose Molson because she didn’t want to be stuck with a brand she wouldn’t drink herself.

“Well, they went through that in a week, and I was not about to return to the same store for another six-pack so soon,” she said, so she went to a different store and got a 40-ounce bottle of Budweiser.

The Budweiser attracted twice as many slugs as the Corona or Molson.

“So I began to wonder, ‘Gee, do they really like that better?'” she said. “I decided I would sacrifice one of my bottles of Guiness for science!”

She set up a little experiment with imported beer, comparing Irish Guiness to Canadian Moosehead.

“The next morning there were two slugs in the Guinness, two in the Moosehead and none in the pan with a blend. Clearly they had no preference for Irish or Canadian brew, or Mexican if I included last week’s Corona. But compared to the number of slugs I found in the Budweiser, this performance was, well, sluggish.”

“It has nothing to do with the nationality of the beer,” Olmstead concluded. “It’s purely the brand.”

After she wrote her article, she was introduced to a book called 50 Ways to Kill a Slug: Serious and Silly Ways to Kill or Outwit the Garden’s Number One Enemy by Sarah Ford. Olmstead said that according to that book, Budweiser and Michelob attract more slugs. 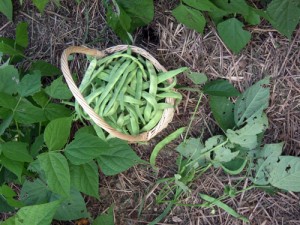 One of Olmstead’s readers, a former beer salesman, suggested that there’s something about the brewing process that makes Budweiser more attractive to slugs. Beer requires a grain in addition to hops, he explained, and better beers use barley. Coors and Miller use corn. Budweiser is the only brand that uses rice.

Also, Budweiser ages its beer in beechwood barrels, something other breweries don’t do. Perhaps it’s the rice or the barrels that makes Bud attractive to slugs.

Whatever the reason, it worked. Above right is a photo of Olmstead’s first harvest of Italian beans that survived the slugs, despite some damage to the leaves, which you can see on the ground beside the basket.

Have you found that slugs in the Buffalo area show a preference for one brand of beer or another? Do you have any other tips for managing these pest? Please share with our other readers by leaving a comment below.