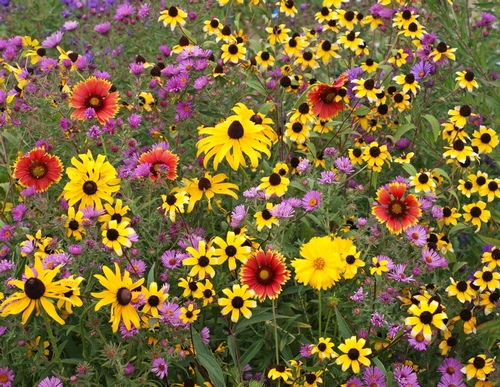 2013 has been named the Year of the Wildflower by the National Garden Bureau, the non-profit organization promoting gardening on behalf of the horticulture industry.

Each year, the National Garden Bureau showcases a plant in each of three categories: vegetable/edible, annual and perennial. The showcased plants are supposed to be popular, easy-to-grow, widely adaptable, genetically diverse and versatile.

The wildflower (though it’s more of a category than a plant) certainly meets those criteria. We talked to representatives of Lockwood’s Greenhouses, 4484 Clark Street, Hamburg, and Mischler’s Florist and Greenhouses, 118 South Forest Rd., Williamsville. They were happy to offer suggestions of wildflowers that gardeners in Western New York will like. (See below.)

They weren’t as enthusiastic about the nominations in the other two categories, though. The vegetable for 2013 is watermelon, which needs a long growing season, and the annual for 2013 is the gerbera daisy, which can be tricky to grow.

Watermelon doesn’t tend to do well in our area because it needs a long growing season, said Mark Yadon, vice president at Mischler’s.

There are some varieties that are better suited to our shorter growing season, and Mischler’s will carry both seeds and starter plants. Lockwood’s will carry seeds.

Buchanan notes that the fruit will be small when it is ripe, which is why it works in our shorter growing season.

If you want to try growing watermelon, here’s a tip from the National Garden Bureau on how to get a jump start on the growing season: Cover the planting area with black plastic to warm up the soil.

Another idea the bureau offers is to start seeds indoors two or three weeks before they are to be set out in the garden. Don’t start seeds any earlier because large watermelon seedlings transplant poorly. Plant three seeds ½ inch deep in 3- or 4-inch peat pots or large cell packs. Place in a sunny south-facing window or under lights to germinate. Make sure the area is warm both day and night, ideally 80 degrees Fahrenheit. Use a seedling heat mat if necessary. Thin to the best plant.

Gerbera daisies are tricky to grow, everyone agrees. (Hear how gerbera is pronounced.) 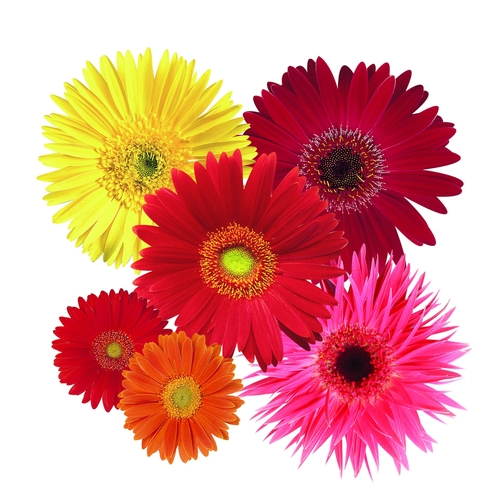 Gerberas are subject to numerous diseases and insects. Get the details on the National Garden Bureau website.

Because they’re so difficult for nurseries to grow, gerberas tend to be a bit more expensive than other plants, Buchanan said. Lockwood’s grows their own.

“They’re difficult to care for,” said Yadon of Mischler’s. “Gardeners often find they get poor results.” While Mischler’s will have gerbera plants to sell, they don’t grow gerberas themselves.

Gerberas do have their attributes.

“People love them because it’s a long-lasting flower,” Buchanan said. On the plant, a flower will stay a week or more.

Gerberas come in many colors and have bright, intense hues.

She noted that there are newer “landscape” varieties that are large plants with big flowers that you notice in a landscape.

Gerberas make a great gift plant that you can keep inside a sunny window, Buchanan and Yadon agreed. Look for them in baskets at Eastertime.

Our horticulturists were more enthusiastic about wildflowers for Western New York.

A couple of wildflowers that are most popular in our area are echinacea (cone flowers) and black-eyed Susans, Yadon said, which you can see at the beginning of this article. There are plenty of reasons for their popularity in Western New York.

“They’re easy to grow and very winter hardy,” he said.

The flowers are showy. They tend to bloom a bit later in the summer when you’re looking for something new in the garden. Birds also like the seeds.

He noted that both echinacea and black-eyed Susans will be available at Mischler’s perennial sale in the spring.

Ken Parker, native plant specialist and Tree, Shrub & Perennials manager at Lockwood’s, discussed three of his favorite wildflowers. Parker, who is Native American, looks at plants from that perspective.

His first choice is wild bergamot (Monarda fistulosa), which you can see above right. It’s more than just decoration.

In the spring, you can use the leaf and stem for tea.

In the summer, use the leaf and stem as a substitute for oregano. The leaves get a hotter taste after the plant goes to seed, he noted. You can use it in salsa or canned tomatoes, and it’s great for making herbed vinegar.

The butterflies and birds love it, too, Parker said.

His second choice is blazing star liatris, also called dense blazing star, which you can see above left. It’s a tall, upright perennial native to North America with purple flowers.

“They’re monarch magnets,” he said, noting that you may find several butterflies perched on one blazing star flower.

His third choice is a wildflower for the shade called aralia racemosa. It gets large, three feet tall by three feet wide. It’s grown for its beautiful foliage and dark berries. Aralia racemosa adds great texture to your garden, Parker said.

In Western New York, gardeners have many great choices for wildflowers for their gardens.

The photo at the beginning of this article shows flowers native the northeastern United States. The photo is from the National Garden Bureau.

2 Comments on “Perennial for 2013 is ‘wildflower,’ says National Garden Bureau”