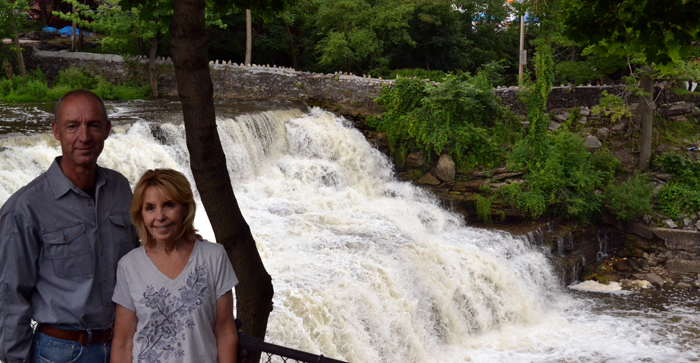 Marilyn Dempsey told her husband that she wanted to build a pond in their backyard.

“I already bought you this,” Dennis told his wife, pointing to Glen Falls, located just behind their yard. 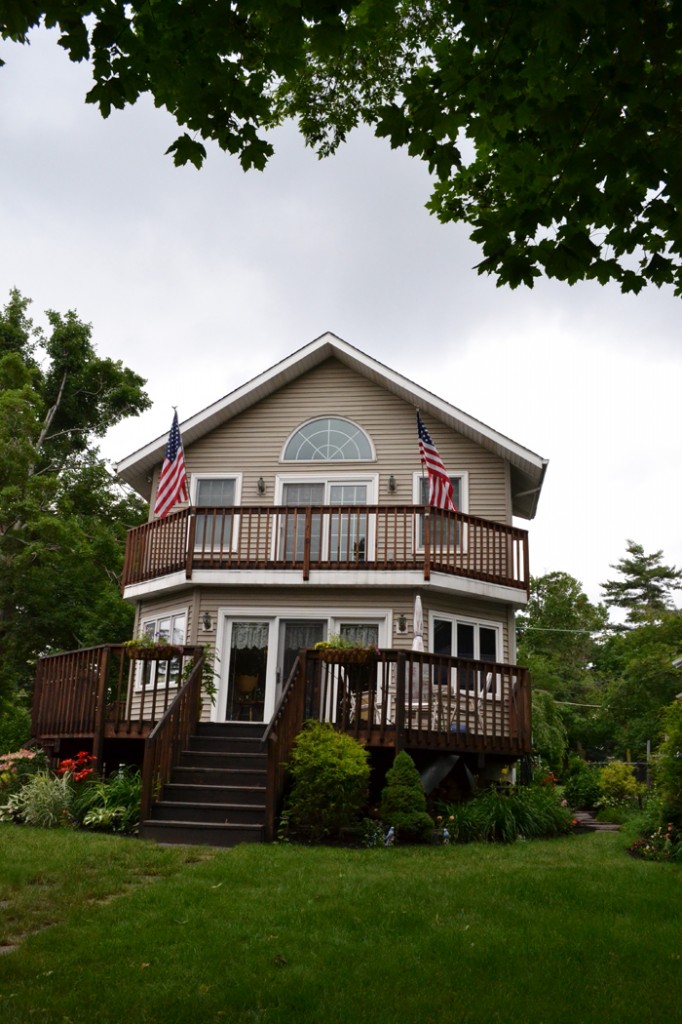 The natural beauty of the majestic falls certainly would have eclipsed any man-made water feature they might have created.

The Dempseys shared their view of the falls as well as their lovely gardens during the eighth annual Village of Willamsville Garden Walk on Saturday, June 25.

In conjunction with the walk, Mark Yadon of Mischler’s Florist and Greenhouses spoke at the Meeting House on perennial gardening.

The Dempseys bought their house 10 years ago because of the falls. They have a light on their property that illuminates the falls, and they can see the falls from their bed at night.

There are some drawbacks to living so close to the falls. Spray from the falls can glaze their cars with ice in the winter. Sometimes the water is so loud that it’s difficult to hold a conversation in the backyard. Dennis noted that it gets quieter in the summer when the water level is lower. 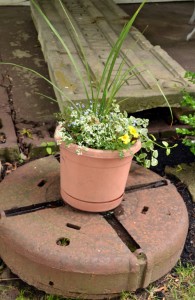 Sitting on the Dempseys’ back deck (photo above right), you can see bridal parties on the other side of the creek in Glen Park taking photos on their special day.  Marilyn contends that the view of the falls from their side is even better. When their daughter, Elizabeth Witnaur, got married, they took pictures in the backyard. When their son Rob got married, they took pictures on both sides of the falls.

Dennis is interested in the history of Glen Falls and the mill that once harnessed its power. When the Dempseys put an addition on their house, a couple of mill wheels were found underground. The mill wheels now serve as the base for planters, which you can see in the photo at left. Behind the planter is the keystone inscribed with “Hutchinson Hose” that was on the fire hall in the Village of Williamsville until the building was torn down in the 1960s. 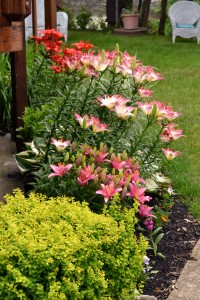 Marilyn recently retired and is spending time fixing up the gardens around her home. The garden in front of their house already had established bushes when they moved in, and she added annuals.

In the back, they have a mixture of shrubs, perennials and annuals. You can see bright Asiatic lilies in the photo at right.

The large amount of rain we’ve been getting has beaten down some of the flowers, Marilyn said, but there’s little to be done about it.

“Let the rain come,” she said with a shrug. “It’s one more day I don’t have to water. I can’t worry about things I can’t control. The flowers will come back next year.” 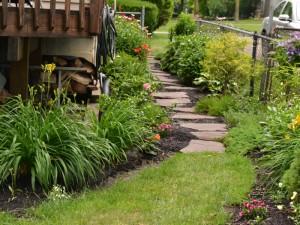 To the right of the deck is a path that leads to the front yard. The whole area was once just grass, but the Dempseys turned it into a magnificent garden. It includes holly, creeping juniper, lilies, daisies, clematis, hostas, black-eyed Susan and annuals.

“I have fun puttering,” Marilyn said.