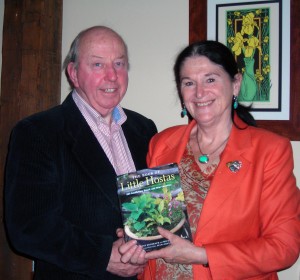 The wife-and-husband team of Kathy Guest Shadrack and Michael Shadrack of Hamburg has written The Book of Little Hostas: 200 Small, Very Small and Mini Varieties, which is scheduled to be released Nov. 24.

“Little hostas are very, very popular at the moment, and their popularity is ascending,” Mike said.

“They have a cult following,” Kathy added. “People collect them like tea cups or Hummel figurines.”

The Book of Little Hostas is the first published on these increasingly popular plants. 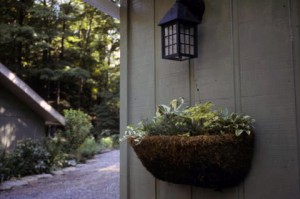 One reason little hostas are becoming so popular is that our yards are getting smaller. Many people have only a patio or balcony for gardening and they want something suitable for the space. Many people also find they less time or money to spend on gardening.

Little hostas can be used on their own or with companion plants to make charming displays on the patio, porch or even windowsill. As you can see in the photo above right, you don’t even need a window to display little hostas in a window box. 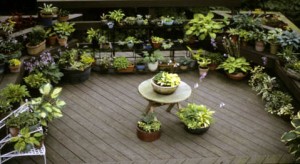 Ten years ago there may have been 10 varieties of little hostas, Mike said, and now there are about 300.

There are so many varieties because hostas tend to “sport;” that is, a new plant may be slightly different than the original plant, Kathy explained. A keen hybridizer will take advantage of this to produce a new and interesting line of little hostas. A sampling of little hostas can be seen in the photo below right.

In their book, the Shadracks included only hostas that were 12 inches or less in height. There are hostas as small as 2 inches, and many are just 5 or 6 inches tall. 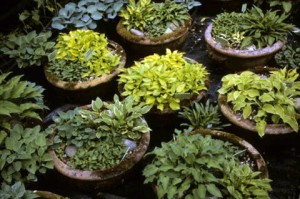 The word “little” is an umbrella term the Shadracks use to encompass the varieties classified as miniature, small and very small.

Some are better garden plants than others, and the book showcases the best of the new introductions. Photographs of the hostas in garden settings show how they can be displayed imaginatively in  a wide range of situations including waterside, woodland and rock gardens.

When it came time to write The Book of Little Hostas, Kathy, who has written articles for gardening magazines, was asked if she’d like to take on the task.

“I think we’re the only husband-wife team,” Mike said.

It was gardening that brought Mike and Kathy together.

Kathy had been serving on the board of the Buffalo and Erie County Botanical Gardens when it was celebrating its 100th anniversary. They wanted to do a signature trip, so they decided to go to the Chelsea Flower Show in London. She had heard Mike speak and hired him as tour guide.  The trip was so successful, the Botanical Gardens planned a trip to Europe the following year. It was on that trip in 2001 that Mike and Kathy fell in love.

Mike is retired from London’s Metropolitan Police. He is an active member of the British Hosta and Hemerocallis Society and the American Hosta Society, and has assumed leadership roles in both organizations. Mike has more than 6,000 images of hostas in his library.

He and Kathy are available to speak to local organizations about little hostas. You can make arrangements by e-mailing Kathy at irisborer@aol.com.

The Book of Little Hostas: 200 Small, Very Small and Mini Varieties will be available on Amazon, but signed copies are available from the Shadracks themselves. Contact Kathy at irisborer@aol.com.

Next week we’ll tell you more about growing little hostas.