by Connie Oswald Stofko Those autumn leaves are gold for your garden. Here are some of the ways you can use them. Help your lawn When you mow your grass, chop up the leaves as you go. Those bits of chopped leaves are good for your lawn– they return nutrients to the soil. See this short video from Cornell School of Integrated Plant Science. Compost leaves Adding leaves to your compost pile will help your kitchen scraps break down more… 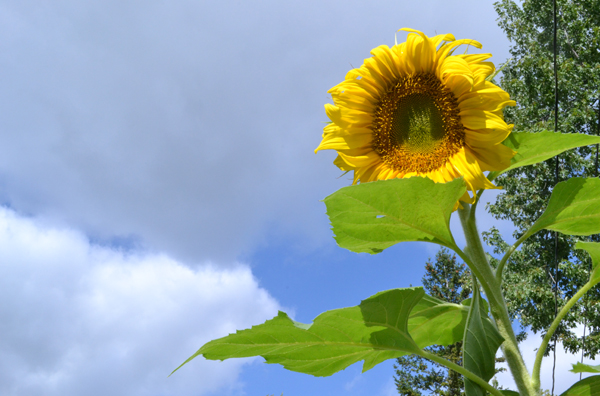 by Connie Oswald Stofko I love all of my Super Readers, and this year I have a new benefit for readers at the Sunflower Level: a $10 gift certificate from Mischler’s Florist and Greenhouses in Williamsville! That’s in addition to the other benefits at the $50 Sunflower Level: An ebook filled with tips on how to keep deer from bothering your garden. An ebook with a sampling of quirky, fun and helpful gardening tips. A digital photo that you can…

by Connie Oswald Stofko Yes, invasives species are causing problems for us in our everyday lives. And more invasive species will probably arrive in Western New York. But there are things we can do. That’s the upbeat message of the video Uninvited: The Spread of Invasive Species, produced by the New York State Department of Environmental Conservation with West Field Production Co. Invasive species we have been dealing with in Western New York, such as the emerald ash borer that… 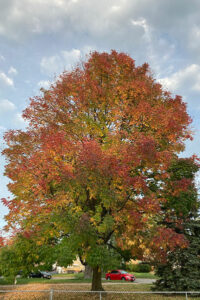 by Connie Oswald Stofko When it comes to dealing with leaves, lots of folks in Western New York depend on gas-powered leaf blowers. Here are alternatives that are better, and one that will actually save you time! Drawbacks to gas leaf blowers So loud! There’s nothing like enjoying a warm afternoon in your garden and having the tranquility disrupted by the abrasive noise of a gas-powered leaf blower. Not only is it annoying; it can be harmful to people’s hearing…. 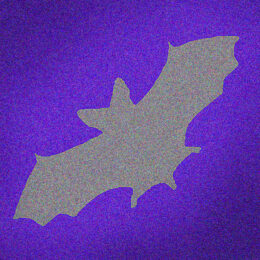 by Connie Oswald Stofko Bat populations have suffered devasting declines for more than a decade, with a disease called white-nose syndrome playing a role. There still isn’t a treatment for bats suffering from white-nose syndrome, though a collaborative effort is working on it. The New York State Department of Environmental Conservation (DEC) and the New York State Department of Health are partnering with researchers from the National Wildlife Health Center in Madison, Wisconsin, and experts at universities across the country…. 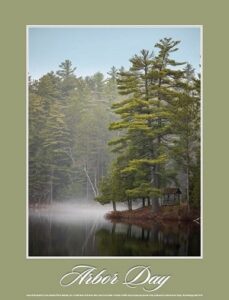 An Arbor Day poster contest for student art now includes fourth- as well as fifth-grade students, and a separate state Arbor Day Poster contest is open to anyone. Both contests are coordinated by the New York State Department of Environmental Conservation (DEC). Contest for 4th & 5th graders The deadline for the 4th and 5th Grade Arbor Day Artwork Contest is Dec. 10. The theme is “Healthy Trees, Healthy People!” See details here. Lesson plans and resources for teachers are…

by Connie Oswald Stofko In our upcoming election, you can vote on whether you want to add this simple sentence to the New York State Bill of Rights: “Each person shall have a right to clean air and water, and a healthful environment.” If Proposal #2 is passed in our upcoming election, it would put these rights in front of every decision the government makes, according to Vote YES for Clean Air and Water. Decision-makers would be obligated to minimize pollution and environmental… 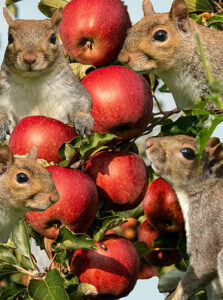 by Connie Oswald Stofko I received this question from a reader: Hello, we have two semi-dwarf apple trees in our yard. I think an entire colony of squirrels have been eating apples on the tree. Any ideas to stop them would be appreciated. Kara StimsonOlean I haven’t experienced this problem, but maybe you have. How did you deal with this problem? Any suggestions? Please leave a comment below! Get more gardening tips See more questions & answers here. Find helpful articles… 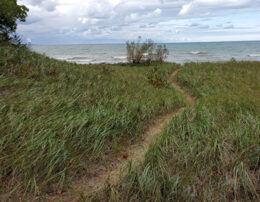 Private property owners as well as municipalities can use a new guide to select plants to revitalize the shorelines of Lake Erie and Lake Ontario. Working With Nature: A Guide to Native Plants for New York’s Great Lakes Shorelines was recently released by New York Sea Grant, part of a nationwide network of 34 university-based programs working with coastal communities through the National Oceanic Atmospheric Administration (NOAA). The guide offers nature-based alternatives to traditional “gray” or hard structures such as rock rip-rap (rocky material placed along… 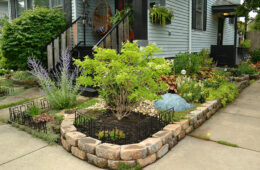 by Connie Oswald Stofko Julie Wood liked the house on a corner lot, but the tiny front and side yards needed some TLC. There was an area that was supposed to be lawn, but grass couldn’t grow. And there were thorny bushes by the sidewalk. “Why put thorny bushes there?” Wood wonders. “So people wouldn’t cut through the grass?” The landscape has changed a lot since she and her husband Jason moved in about 10 years ago. She gave up…