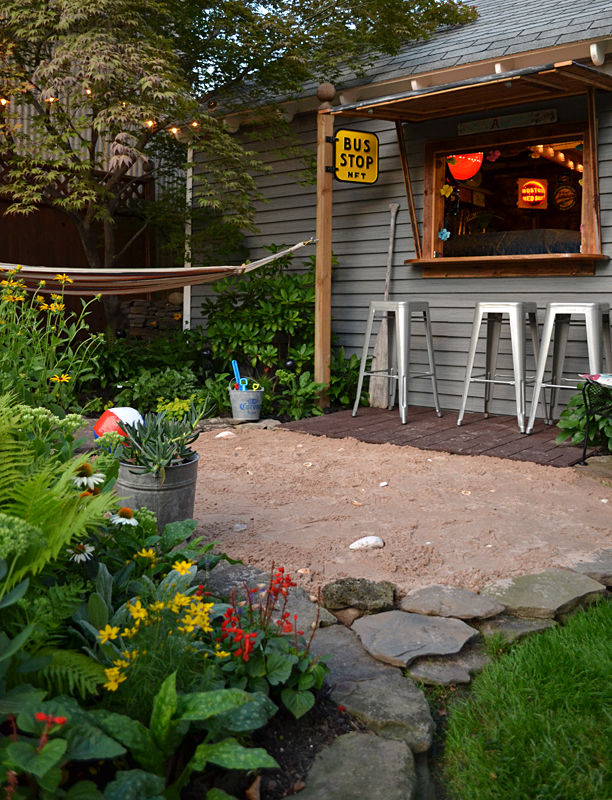 With water, fish, sand and a bar, it’s like a vacation resort in the backyard of Jim and Linda Whittaker, 56 Evelyn St., in the Riverside area of Buffalo.

The Whittakers  shared their gardens Aug. 3 during the Black Rock and Riverside Tour of Gardens, which included the evening Starry Night Garden Tour. This was the final garden walk of the National Garden Festival in 2013.

The bar essentials, including a refrigerator and a draft beer dispenser, are located in Jim’s garage (a sign on the door states that it’s “Dad’s Garage.”) Refreshments can be dispensed through a window cut into the side of the garage, which you can see above. Bar stools provide seating and if you want to unwind even more, you can stretch out in the hammock in the corner.

This year Jim was going to install some pea gravel in the area near the window, but his son Jonathan, 16, suggested using sand instead. That really gives the area a beach feel. 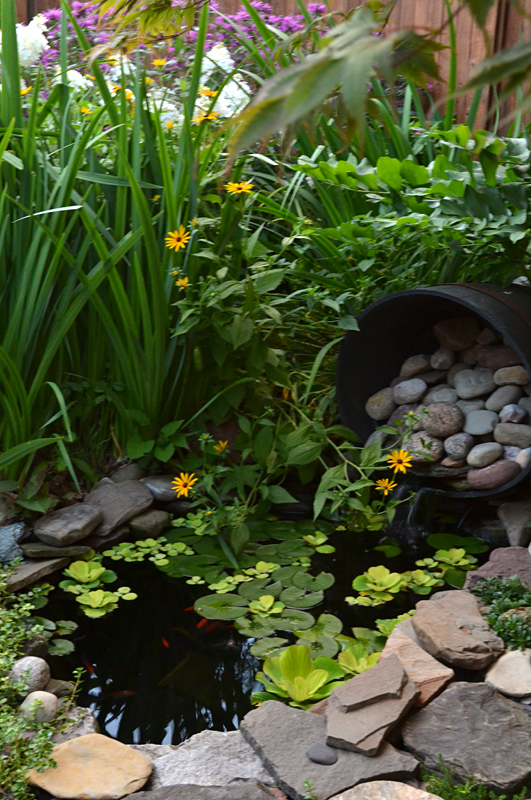 There’s more beach than water, but the small pond, which you can see above, is filled with fish and has a delicate waterfall.

The Whittakers moved in 28 years ago. Through the years they installed the deck, hot tub and patio, which you can see below. Bricks that used to line the edges of the yard were reused as the floor of the patio.

“Every time I say I’m done, I figure out something else to do,” Jim said.

When it comes to gardening, much has been done by trial and error. The dwarf crab apple tree below was moved three times when it was young until Jim found the right spot for it. The statue was a Father’s Day gift. 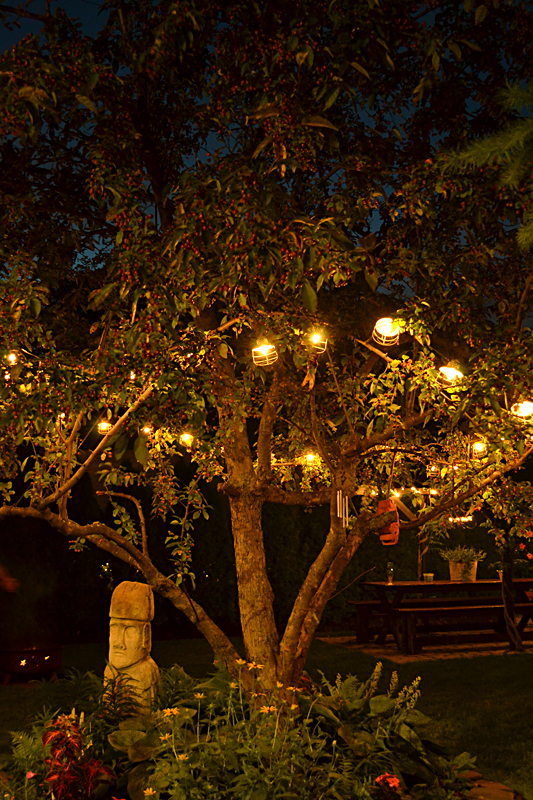 Along the driveway, he used to grow grapevines.

“I had a ton of grapes, but then the robins came and ate them all,” Jim said. “People told me to cover them with netting, but I didn’t want to look at netting.”

What he did instead was to plant privet bushes and train them to grow up the fence. It’s a tall but narrow growth, which you can see below. 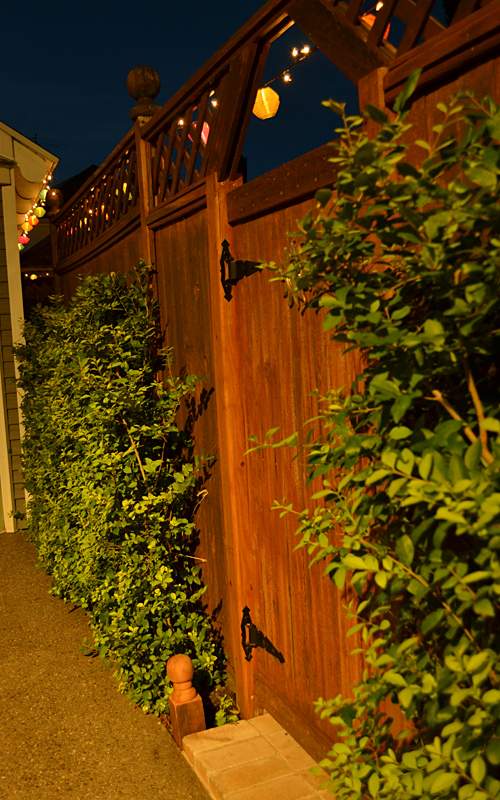 7 Comments on “‘Beachside bar’ is relaxing spot in Riverside backyard”