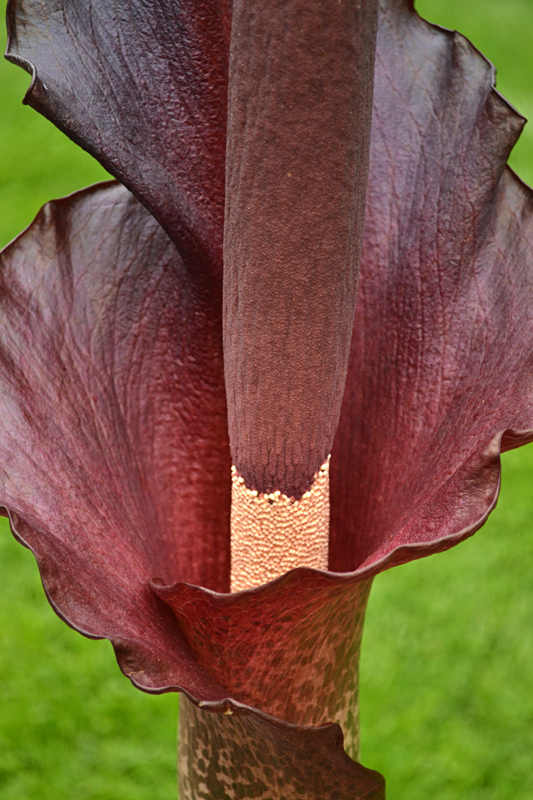 “It’s quite interesting; it’s not beautiful,” Fran Evans of Hamburg said about his voodoo lily, an unusual plant from Cambodia.

Last year Evans showed us his many gardens that were filled with early spring flowers. At the same time, his six-year-old voodoo lily (Amorphophallus konjac), a potted specimen, bloomed for the first time.

The blossom has a cool pitcher shape, decorated in regal colors of maroon and gold.

I’d say the voodoo lily was pretty– if it weren’t for the smell.

Now, I’m not talking about the scent of a flower  like the marigold that some people love and others don’t care for. The voodoo lily has a decidedly unpleasant aroma.

What does it smell like? One summer I threw some raw chicken skin into my kitchen trash can and forgot about it. Several days later I flipped the lid open and got a whiff. 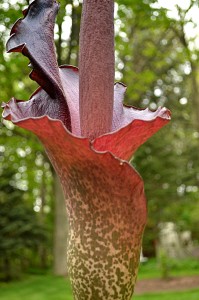 It’s not a terribly strong smell, especially when the plant is outside, but it’s definitely stinky. The flies are attracted to the plant’s smell, which apparently is what the plant wants.

Evans’ plant budded at the beginning of May in his screened-in porch. The plant doesn’t like frost, but he scooted the pot onto his patio anyway because the smell was too nasty for the plant to remain indoors. Fortunately, the plant survived and thrived.

Everything about the voodoo lily is big. Evans’ plant was as tall as I am. The corm (bulb) was larger than a softball and weighed about four pounds.

Evans got the bulb from his son. The bulb was already three years old when he got it, then Evans grew the bulb himself for about three years.

In the fall of 2011, he placed the bare bulb in a paper bag. He placed the bag in a root cellar in his basement and stored it over the winter. The temperature was between 35 and 45 degrees Fahrenheit.

When the bulb started sprouting in March, he planted it in a pot. It finally bloomed in May 2012.

Over the past summer, he kept the plant outside and watered it well. In the fall, he brought the bulb inside again. It may or may not bloom again this year, Evans said.

Evans has several voodoo lily plants, and he is trying a little experiment this winter. He’s leaving one of the biggest bulbs in its pot over the winter instead of unpotting it and storing it in a paper bag.

When the bulbs begin to wake up in March, he’ll fertilize the bulb that’s already in a pot. The bulb that’s in a paper bag will be planted in a pot. He’ll see which one does better.

“I just hope they don’t grow so fast that they open in the house,” Evans said. 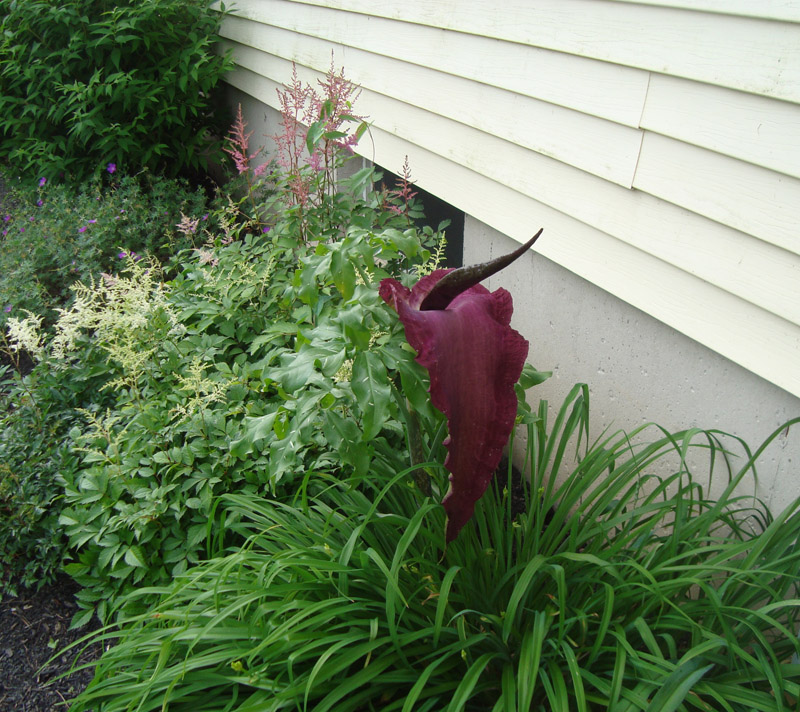 Is this plant a voodoo lily, too? 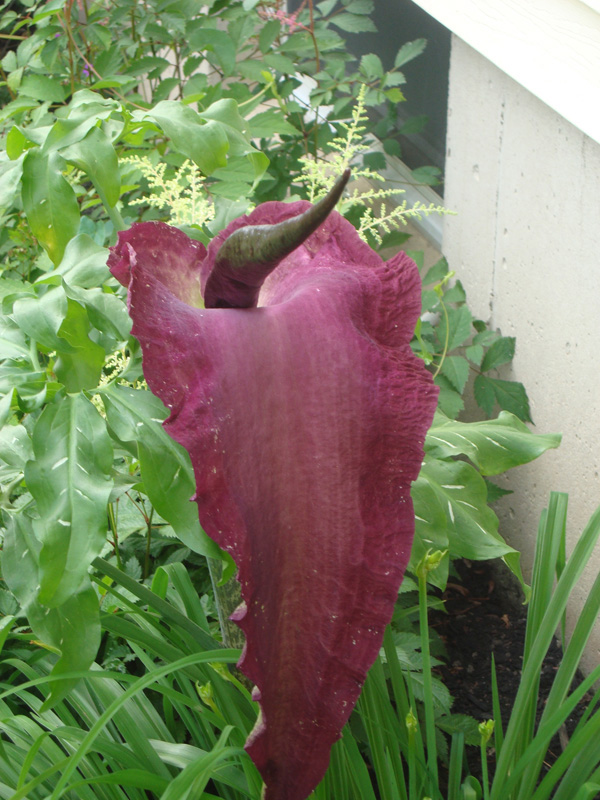 Barb Krajewski emailed me these photos of a plant that showed up in her garden. It looks to her like it might be a voodoo lily.

I don’t know what this plant is. Can any of you identify this plant? Please leave a comment below.