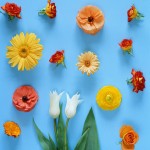 Suncatcher’s Garden Club, Genesee County, has many fun events planned, which are open to members and potential members. For more information, call Mrs. LaWall at (585) 345-1640.

The dedication was coordinated by Dorothy Julius of the Lancaster Garden Club with Bob Giza, Town of Lancaster supervisor,  and Terry McCracken, Department of Parks and Recreation Supervisor.

The Blue Star program was started after World War II to honor men and women who fought during the war.  Over the years it has been expanded to include all servicepersons during times or war or peace.

4 Comments on “Potpourri: a mixture of news”