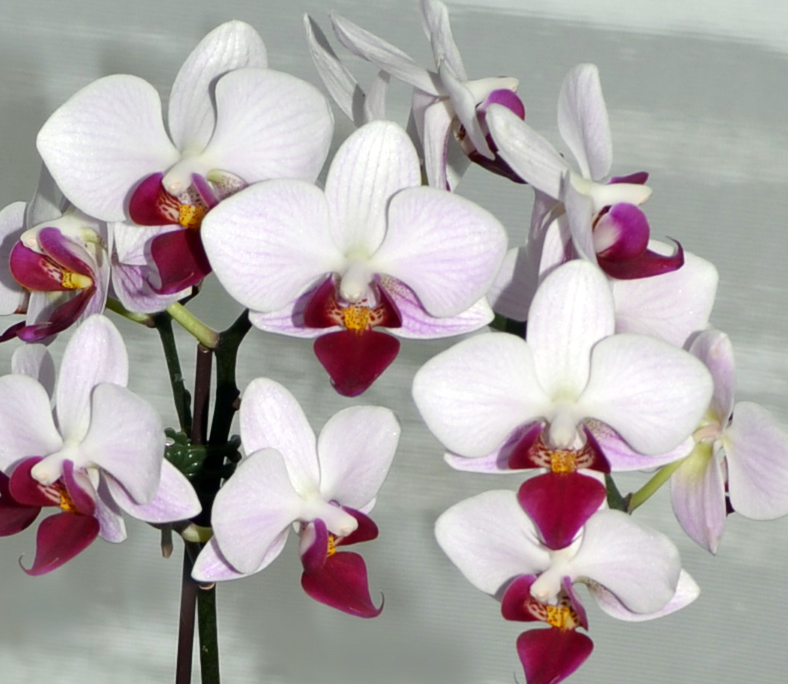 Your garden looks beautiful under its blanket of snow, but you may be missing the beautiful blooms it offered during the warmer months. If you’re looking for a way to grow flowers indoors over the winter, try orchids.

People think they’re difficult to grow, but modern orchid hybridizing has created a wide variety of orchids that you can grow easily inside your home, said Joseph A. DiDomenico Jr., president of the Niagara Frontier Orchid Society.

What sets orchids apart from other houseplants is that they are epiphytic;  that is, they grow above the dirt and use other plants or objects for support. In their natural habitat, you’ll find them growing on trees, on rocks and on the surface of the ground, rather than tunneling into the dirt, DiDomenico explained.

“The hardest part is to get people to understand that you’re not putting them in dirt,” he said.

“The one negative in our houses is the humidity,” DiDomenico said. “Otherwise, the environment is like the tropics, and most orchids are tropical in origin.”

“Tropical” doesn’t mean you have to turn up the thermostat for orchids. Normal room temperature is fine. In fact, DiDomenico keeps orchids in his sun room, which is cool, and the cooler temperature may prolong blooming, he said.

A south window with a light shade, or east or west windows should provide sufficient light for orchids.

However, because our homes are so dry in the winter, you must pay attention to watering. Generally, water once a week and adjust as needed from there. If the medium dries fast, water more often. If it dries slowly, water less often.

If the pot is clear, you can view the roots right through the pot. If your pot is opaque, take the plant out.

To fertilize, prepare a gallon of water mixed with 1/4 strength orchid fertilizer. After watering your plant and draining, pour a cup of the fertilizer solution onto the plant mix and allow it to drain through as well.

If you have a problem with your orchid, or you need an orchid repotted, you can get help from the Niagara Frontier Orchid Society from 9 a.m. to noon on Wednesdays at the Buffalo and Erie County Botanical Gardens. The society cares for the orchids at the Botanical Gardens.

Don’t be afraid to try orchids. Even if you can’t get the plant to bloom year after year, DiDomenico suggests you can simply enjoy the blooms while they last– which can be weeks or months– then compost the plant.

“There’s nothing wrong with that,” he asserted, pointing out that few of us keep poinsettias from year to year.

Meetings of the Niagara Frontier Orchid Society are held at 7 p.m. on the first Tuesday (following the first Sunday) of each month in Greenhouse #10 at the Buffalo and Erie County Botanical Gardens. The next meeting will be Jan. 4.